“My Ring”
– A gold-plated faN edition

In the 70s, at the turning point of her life when she had left Ike and had to clean other people’s homes to provide for  her two children, Tina Turner once strolled through a flea market. At one corner she discovered a golden thumb ring, which she adored immediately. The moment she put it on her thumb, she felt stronger, more confident – “it was a magic moment.” In this ring, she saw a symbol for the inner strength she was just beginning to discover in herself. Since then, she has not put it down. She wears it on her thumb every day. For Tina, this ring is a lucky charm that always reminds her of her life motto: You are stronger than everything life puts in your way. But the ring also has another meaning: Over the decades, it has become a symbol of Tina’s deep bond with her fans. Her ring and her fans are her two loyal companions through all the challenges and transformations on her life’s journey. For this reason, Tina wants to share this special piece with her fans. Her ring shall also bring them luck and always give them strength.

This gold-plated ring is an exact replica of Tina’s thumb ring. Engraved on the outside of the ring is a “T” for Tina and the symbol of the Sagittarius, Tina’s zodiac sign. On the inside of each ring is written “Love Tina”. The ring is handcrafted by Tina Turner’s personal Swiss jeweler.

A gold-plated declaration of love from Tina Turner to you – the ring for every fan!

This work is an outstanding collection of art, featuring a series of unique photos by celebrity photographers such as Peter Lindbergh, Annie Leibovitz, Bruce Weber, Anton Corbijn, Herb Ritts, Andy Warhol, Lord Snowdon, and Paul Cox. With illustrations by fashion designers like Christian Louboutin or Bob Mackie. Comments by Tina Turner herself are included, and it is embellished throughout with handwritten letters from her friends such as Beyoncé, Giorgio Armani, Bryan Adams, Mick Jagger, as well as a tender love letter from Tina Turner’s husband Erwin Bach.

Also in the box is a whole host of extras, such as a pull-out golden screen print by Charlie Gates, a serviette with a lipstick kiss mark from Tina Turner, and a piece of fabric from an original Armani dress that Tina Turner wore at one of her concerts.

As an extraordinary final flourish to this amazing package, a very special bonus item is included: A limited edition gold ring which has been personally designed by Tina Turner and is an exact replica of one she has worn on her right thumb for many years. The ring is handcrafted by Tina Turner’s personal Swiss jeweler (in three carat variants: from 9/14/18-carat rose gold (333/585/750). The ring is presented in a removable acrylic frame, together with a photographic print by Peter Lindbergh. This luxurious piece is packaged in a lovingly handcrafted golden gift box that incorporates a lenticular print. A limited edition of just 800 will be produced. This collector’s item will go on sale on Tina Turner’s 80th birthday, November 26th.

Watch TinA's Video and take a look behind the scenes

This oversized limited edition is a 320-page book with more than 220 photos, 19 personal letters, nine illustrations and six special inserts.

Born on November 26th, 1939 was the first woman to bust open the male clubhouse of rock royalty. She has sold over 200 million records worldwide and is a twelve-time Grammy Award-winning recording artist, including three Grammy Hall of Fame Awards and a Grammy Lifetime Achieving Award.

Over her unparalleled career, she has been a muse for world-famous photographers, who saw in her the pop icon, the lioness, the “phoenix from the ashes.”  Her new book “That’s my life – The Tina Turner Birthday Collectible” features the most memorable pictures and celebrates 80 years of Tina Turner’s life. 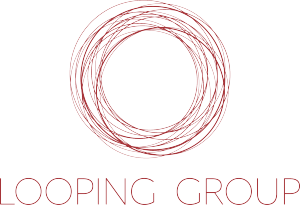 Looping Group is a collective of the best storytellers, visual artists, filmmakers, strategists and data scientists. Founded and led by journalists. The Looping Studios stand for a new form of storytelling: not preaching to the masses, but communicating with individuals.

Since her autobiography “My love story” – co-written with Looping-founder and CEO Dominik Wichmann – Looping has been working with Tina Turner on several projects, including her new photo book “That’s my life – The Tina Turner Birthday Collectible”. More projects are in the make, so stay tuned.